/ CBIMNCI Program, Save the children

CBIMNCI Program, Save the children 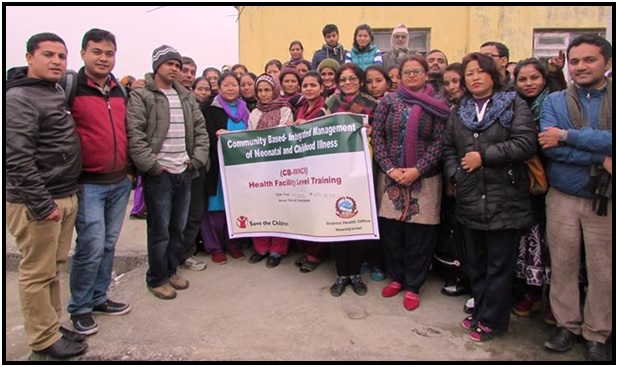 Every year about 9 million children in developing countries die before they reach their fifth birthday, many of them during the first year of life. Nepal has made great progress in reducing maternal from 539 (1996) to 192 (2013) deaths and infant mortality from 75/1000 (2000) to 46/1000 live births (2011).  However, rates remain high and in particular neonatal mortality has remained unaltered (33 per thousand live births) during the past 5 years. More than 70% of these child deaths are due to five diseases, namely pneumonia, diarrhea, malaria, measles and malnutrition, and often to a combination of these conditions.

CBIMNCI is an integrated approach to child health that focuses on the well being of the whole child. It aims to reduce death, illness and disability, and to promote improved growth and development among neonates and children under five years of age. IRHDTC/Nepal with its technical support and financial support from Save the children , CB-IMNCI was well conducted in Nawalparasi district with an aim to have a  huge decrements in the mortality of neonates.